Will Multifamily Permits Fall Off a Cliff in Portland?

The U.S. Census Bureau's permits for multifamily properties are in for 2016. They show a record number of apartments permitted, at 7,014 -- still below the previous 20-year high water mark of 7,200 permits issued in 1997.

The number of permits issued in January 2017 was a whopping 857. Due to the implementation of inclusionary zoning requirements by the City of Portland effective February 1st, that number are anticipated to fall significantly for an indefinite period, at least within the city limits of Portland. 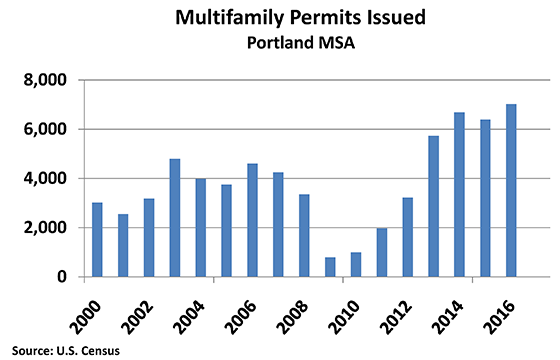