Oregon Lawmakers Divvy Up More than $200 Million in COVID Relief

The National Multifamily Housing Council (NMHC)’s Rent Payment Tracker found 87.6 percent of apartment households made a full or partial rent payment by July 13 in its survey of 11.4 million units of professionally managed apartment units across the country. Read more.

This week: The Oregon Court of Appeals ruled that Portland’s relocation ordinance does not conflict with the state ban on local rent controls; A new report finds that if Washington State enacts rent control, the result would be less housing, investment, and less tax income. Meanwhile, in Washington DC, a proposed law would ban evictions nationwide through March 2021.

The Daily Journal of Commerce reports that the Portland City Council is considering amendments to the city's zoning code in order to extend expiration dates for land use approvals for applications submitted between July 2017 and December 2020. The new expiration date would be January 1, 2024. While many of these projects may still end up being shelved, the extension could help developers whose timelines have been delayed due to COVID-19. Council is expected to vote on the code amendments July 22, 2020. Read more.
Posted by Jennifer Shuch at Friday, July 10, 2020 No comments:
Labels: #cityofportland, #construction, #covid-19, #development, #Portland, #zoning
Location: Portland, Ore. Portland, OR, USA

The Oregon Court of Appeals upheld a 2017 decision that allows the city of Portland to charge relocation fees when landlords raise rent by 10% or more. The Court ruled that the relocation ordinance does not run afoul of the state’s ban on local rent control policies, and referred the case back to the lower court. Attorney John DiLorenzo, who represents the two landlords who initially brought the suit, plans to file a petition with the state Supreme Court before the case is brought back to Multnomah County. Appeals Judge Darleen Ortega does not believe the state law prohibits any regulation that could impact rents. Rather, she argues that the state constitution bans rules that directly regulate how much a landlord can charge. Once a petition is filed with the Supreme Court, the lower court cannot begin proceedings until the Supreme Court decides whether to hear the case. Read more.
Posted by Jennifer Shuch at Thursday, July 09, 2020 No comments:
Labels: #cityofportland, #Portland, #relocationfee, #rentcontrol
Location: Portland, Ore. Portland, OR, USA

On June 29th, Senator Elizabeth Warren and Representatives Chuy, Garcia, and Lee introduced legislation to extend the nationwide moratorium on evictions. The bill has 15 senate co-sponsors including Oregon's Merkley and Wyden. There are 25 House of Representative co-sponsors.

In May, the House of Representatives passed the HEROES Act, which included housing relief measures of $100 billion for emergency rental assistance.

According to Forbes Magazine, the HEROES act "currently sits in the Republican-controlled Senate where it was initially labeled 'dead on arrival'. But one of the provisions of the Act is to extend the $600 federal unemployment payments through January 31, 2021. That would provide a full six months for the economy to recover from the economic fallout of COVID-19." 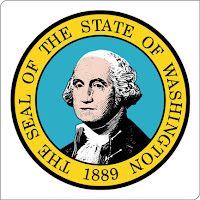 ECONorthwest Study: Rent Control in Washington State Would Be Counterproductive 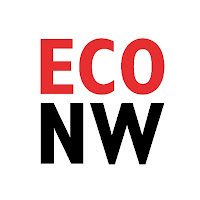 ECONorthwest recently conducted a study for the Partnership for Affordable Housing.

Released in June, the study found rent control could reduce more than a year's worth of housing construction activity. The study is based in part on the findings of a 2019 Stanford study on rent control in San Francisco, which found the policy resulted in a 15 percent reduction of rental housing supply.

The study found that rent control could reduce housing built over the next decade by 15,000 units, with more than 75 percent of that loss in the central Puget Sound region. Read the study here.
Posted by HFO Investment Real Estate at Monday, July 06, 2020 No comments:
Labels: #affordablehousing, #washington, affordable housing, rent control, Washington state