Texting Residents To Remind Them To Pay The Rent: It Works

The National Apartment Association reported recently that some apartment mangers are having a great response to texting residents with timely reminders -- including reminders to pay the rent.

New on HFO-TV: What is a Cap Rate? Our Apartment Brokers Explain

HFO partners Greg Frick and Tim O'Brien answer the question: "What is a cap rate?" And they do it in abou three minutes.
Posted by HFO Investment Real Estate at Tuesday, April 26, 2011 No comments: Links to this post
Email ThisBlogThis!Share to TwitterShare to FacebookShare to Pinterest
Labels: CAP rate, HFO-TV

"The market was tough. The economy was hard. And the top dealmakers, well, they stood tall, brave and faced the market like true power brokers. They put in long hours, sacrificed weekends and the results are proof of their incredible dedication and talent.

"Now it's time for the industry to recognize these top dealmakers. After receiving a record number of submissions, CoStar Group is proud to announce the winners of the 2010 CoStar Power Broker Awards."

Our sixth year of complimentary roundtable events for apartment investors continues in May!

Speakers for our Roundtable & Topics are:

Investors, e-mail aaron@hfore.com for your personal invitation, or click here to fill out a registration request form.

Videos from our January, 2011 Roundtable are online here!
Posted by HFO Investment Real Estate at Tuesday, April 26, 2011 No comments: Links to this post
Email ThisBlogThis!Share to TwitterShare to FacebookShare to Pinterest
Labels: Events, Investor Roundtable

HFO is pleased to announce that marketing director Aaron Kirk Douglas has received the Multnomah County 2011 Hilltop Award for individual achievement from the Commission on Children, Families & Community. The award recognizes Douglas as a “local hero” for making a positive difference for low-income individuals and families in Multnomah County through his involvement with Big Brothers/Big Sisters Columbia Northwest.

Douglas, who is a member of the Big Brothers/Big Sisters Ambassador Board, said “receiving the award was a real honor. Being part of the Big Brothers/Big Sisters program has been the most rewarding experience of my life and I am grateful to HFO for its ongoing support of my involvement with community nonprofit groups.” Douglas and his little brother were featured on a Portland TV morning show in February.
HFO Partner Greg Frick said “We’re delighted that Aaron is being recognized and we are proud to have him demonstrating our company’s ongoing commitment to community service.”

About the Hilltop Awards. Multnomah County's Commission on Children, Families & Community (CCFC) and its Poverty Action Council established the Hilltop Award in 2006 to honor individual and organizational efforts to address poverty in our community. Award recipients include those who have assisted low-income people in pursuing personal goals and self-sufficiency.

About HFO. For the last three years, HFO has been named among the area’s top corporate philanthropists by the Portland Business Journal. HFO builds wealth and generates cash flow for its clients through apartment investment and brokerage services throughout Oregon and SW Washington. Learn more at www.hfore.com.
Posted by HFO Investment Real Estate at Tuesday, April 19, 2011 No comments: Links to this post
Email ThisBlogThis!Share to TwitterShare to FacebookShare to Pinterest
Labels: Community Service, Corporate Philanthropy 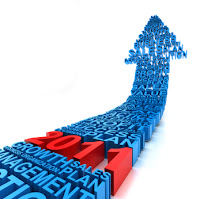 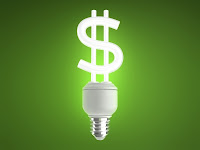 Eco-Conscious Portlanders have snapped up 594-sq. ft. 1-bedroom apartments for $1,000 month and  770 sq. ft. 2-bedroom units at $1,550/month.  All 18 flats of the city's first net-zero apartment build leases up in 30 days -- before it's even ready to be lived in.  The lease-up smashed banker's predictions of a 1-year lease-up timeframe.  Read more in the Daily Journal of Commerce.
Posted by HFO Investment Real Estate at Monday, April 11, 2011 No comments: Links to this post
Email ThisBlogThis!Share to TwitterShare to FacebookShare to Pinterest

While unemployment claims edged up, they remain well below 2010 levels and overall labor market trends are strong. Employment services payrolls, largely temporary employment, were up 3.2 percent and non-farm payrolls were also up, adding about 9,800 new jobs last month. Since October, the Oregon economy has added about 5,900 jobs each month.

The U.S. apartment vacancy rate declined to 6.2 percent from 8 percent a year earlier and 6.6 percent in the fourth quarter of 2010, the New York-based research firm REIS said in a report today. The rate was the lowest since it reached 6.1 percent in the second quarter of 2008.  Read More.
Posted by HFO Investment Real Estate at Wednesday, April 06, 2011 No comments: Links to this post
Email ThisBlogThis!Share to TwitterShare to FacebookShare to Pinterest
Labels: national vacancy rate


Greg Frick interviews Ted Stark and Heidi McCauley of USI Northwest Insurance on the topic of "attractive nuisances" as a potential liability for apartment owners. Watch now on HFO-TV.
Posted by HFO Investment Real Estate at Tuesday, April 05, 2011 No comments: Links to this post
Email ThisBlogThis!Share to TwitterShare to FacebookShare to Pinterest
Labels: HFO-TV