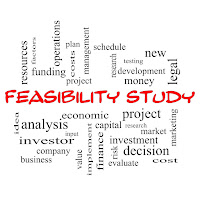 The Grounded Solutions Network recently launched a tool developers can use to determine if projects built under inclusionary zoning will pencil out. The Inclusionary Housing Calculator was launched at a YIMBY conference in Oakland, and allows users to view pre-populated data for sample projects or customize several property- and market-specific variables to determine the viability of a prospective development. The tool considers a project feasible if it results in at least a 10% profit for developers. Read more.
Posted by Jennifer Shuch at Monday, July 31, 2017 No comments: Links to this post
Email ThisBlogThis!Share to TwitterShare to FacebookShare to Pinterest
Labels: #development, #inclusionaryzoning, #yimby
Location: Portland, Ore. Portland, OR, USA

The Daily Journal of Commerce reports that planning officials in the City of Portland are tracking development trends to see if the city's inclusionary zoning (IZ) policy is driving developers to keep projects to 19 units or less. The policy, which went into effect in February 2017, requires developers to include affordable housing units in projects with 20 or more units. So far, the number of 15-19 unit buildings proposed between February 1st and July 7th has been roughly equal to what it was over the same period in 2016. According to Tyler Bump of the Portland Bureau of Planning and Sustainability, the city is concerned that developers are planning to build 19-unit properties on parcels that could support more density. This would indicate that the IZ policy is working against the interests of the city, which is facing a housing shortage. David Wark, Chairman of the Design Commission, believes Portland should promote incentives for density rather than requiring developers to shoulder additional requirements. Read more.
Posted by Jennifer Shuch at Thursday, July 27, 2017 No comments: Links to this post
Email ThisBlogThis!Share to TwitterShare to FacebookShare to Pinterest
Labels: #development, #inclusionaryzoning, #multifamily, #oregon, #Portland
Location: Portland, Ore. Portland, OR, USA

The City of Vancouver, Washington has one-upped Portland in its implementation of an electronic permit application system. In early 2016 -- about five years after the project began -- Vancouver launched its system that allows businesses to submit digital copies of plans online, rather than physically bringing them to City offices -- where plans have to be physically filed away and can be misplaced. Vancouver's new system was developed by software company Avolve of Scottsdale, Arizona. The city says it is also in the process of an update to the software that will make it even easier. Total cost: about $500,000. The City will make use of the new electronic permit system mandatory by the end of 2017.

Meanwhile, five years into a similar project, the City of Portland has spent $12 million and it is expected to spend at least $1.6 million more. Portland fired its original vendor -- Sierra Systems of Vancouver, B.C. -- last fall. Local news reports indicate costs are expected to climb even higher. Officials hope to implement the Portland system by the end of 2018.

Note: This story was updated July 27 to include information contained in a July 26th report by the Daily Journal of Commerce which appeared following this posting.
Posted by HFO Investment Real Estate at Wednesday, July 26, 2017 No comments: Links to this post
Email ThisBlogThis!Share to TwitterShare to FacebookShare to Pinterest
Labels: #construction, development, multifamily construction

Study: Portland One of the Hardest U.S. Markets to Build Apartments

A new study from Washington DC ranks Portland 21 out of 50 metro areas in terms of difficulty adding necessary new apartments. Topping the list are Honolulu, Boston, Baltimore, Miami and Memphis. Rankings are based on local regulations and amount of available land. Top obstacles to building apartments listed in the report include:

This Week: Low unemployment and lack of construction workers; city of Portland plans to renew the relocation assistance program this October.

The National Multifamily HOusing Council and the National Apartment Association have launched a joint Vision 2030 campaign. The foundation of that campaign is a new academic examination of how many apartments will be needed in the next 13 years.

What to Ask Prospective Tenants

In cities like Portland, a low vacancy rate means landlords and building managers are frequently faced with multiple applications for a single vacancy, and narrowing down the list can be overwhelming. In an effort to simplify the vetting process, the Global Verification Network has put together a slideshow of questions landlords or property managers can ask prospective tenants in order to determine which applicant is the best fit for the building.

This week: Portland's relocation ordinance revisions; water bills to increase; for whom the driving tolls (it tolls for thee).

The Portland Mercury reports that the Portland City Council has voted to address some outstanding issues with the renter relocation ordinance. The revisions give tenants 45 days to request payments, up from 14 days, and gives landlords 31 days to provide payment. After a rent increase goes into affect, tenants now have six months to decide whether to give notice that they will leave or choose to stay and repay the relocation money. The Council also closed the "loophole" that allowed landlords who owned their properties under different LLCs to evade having to pay relocation costs. The new revision disregards the form of ownership under which a landlord operates. The law sunsets in October of this year, but the Council is working on a longer-term version. Read more.
Posted by Jennifer Shuch at Friday, July 14, 2017 No comments: Links to this post
Email ThisBlogThis!Share to TwitterShare to FacebookShare to Pinterest
Labels: #landlordandenantlaws, #oregon, #Portland, #relocationfee
Location: Portland, Ore. Portland, OR, USA

HB 2008 passed in the Oregon Senate on June 13, and was signed into law on June 22nd. The law, which we wrote about in an earlier post, could change the way that new construction and renovated homes are assessed in Multnomah County. Under the new law, city councils may choose to base property assessments on city-wide rather than county-wide average home values. If city councils within Multnomah County vote to adopt these changes, it will raise taxes on all new construction in those cities. The law goes into effect October 10, and does not apply to anything built before October 10th or before the date cities adopt the ordinance. Although the bill was passed at the state level, it only affects counties with more than 700,000 residents - Multnomah is the only county in Oregon that meets the criteria.
Posted by Jennifer Shuch at Thursday, July 13, 2017 No comments: Links to this post
Email ThisBlogThis!Share to TwitterShare to FacebookShare to Pinterest
Labels: #construction, #oregon, #Portland, #taxes
Location: Portland, Ore. Portland, OR, USA 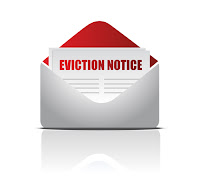 On Friday, Judge Henry Breithaupt of the Multnomah County Circuit Court upheld the Portland ordinance that requires landlords to pay relocation assistance to tenants facing no-cause evictions or rent raises above 10% in a year. The ordinance is tied to the housing state of emergency declared in Portland in 2015, which expires in October of this year. The City Council could choose to extend the state of emergency or renew the relocation cost ordinance at that time. Read more.
Posted by Jennifer Shuch at Monday, July 10, 2017 No comments: Links to this post
Email ThisBlogThis!Share to TwitterShare to FacebookShare to Pinterest
Labels: #evictions, #landlordandenantlaws, #nocause, #oregon, #Portland, #relocationfee
Location: Portland, Ore. Portland, OR, USA

HB 2004, a tenant protection bill initially written to overturn the state's ban on rent control and end no cause evictions, did not go to a vote in the Oregon Senate. Senate Majority Leader Ginny Burdick attempted to negotiate a compromise that limited no cause evictions and addressed some of the landlords' concerns, but in the end all Senate Republicans and at least two Senate Democrats remained opposed to the bill. Senator Knopp of Bend argued that he bill could limit the development of much-needed new housing units, while Jonathan Lockwood, spokesman for the Senate Republicans, argued that the legislature should be addressing land-use laws rather than landlord-tenant relationships. Read more.
Posted by Jennifer Shuch at Thursday, July 06, 2017 No comments: Links to this post
Email ThisBlogThis!Share to TwitterShare to FacebookShare to Pinterest
Labels: #hb2004, #landlordandenantlaws, #nocause, #rentcontrol, #StateofOregon
Location: Portland, Ore. Portland, OR, USA
Newer Posts Older Posts Home
Subscribe to: Posts (Atom)