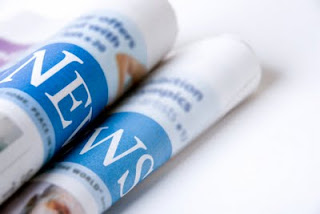 Real Estate Forum magazine's quarterly multifamily update discusses the fact that much land available for urban infill is quickly disappearing.  Investors now appear to be shifting to suburbia and secondary and tertiary markets with fewer barriers to entry and lower price per pound.  Read the full story.
Posted by HFO Investment Real Estate at Thursday, May 30, 2013 No comments: Links to this post
Email ThisBlogThis!Share to TwitterShare to FacebookShare to Pinterest 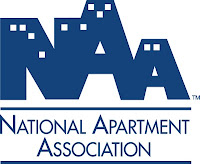 “We need at least 300,000 new apartments each year just to keep pace with the demand, but only 130,000 apartment homes were built in 2011,”  says the NMHC.  "Without access to capital in all markets at all times or certainty in the tax code, we lack the ability to keep pace with the tremendous need for new apartments across the country.”
Other items on the list include:
Download the full 14-page report from the HFO Market Research Library.

Posted by HFO Investment Real Estate at Thursday, May 23, 2013 No comments: Links to this post
Email ThisBlogThis!Share to TwitterShare to FacebookShare to Pinterest 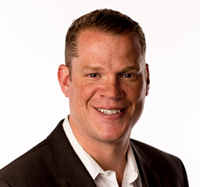 Portland, OR – HFO Investment Real Estate is pleased to announce the addition of Tyler Johnson as a partner.


Tyler has been working in commercial real estate for over a decade.  His career began in the San Francisco Office of a national company and his transaction experience included the sale of office buildings, shopping centers, student housing developments, LIHTC and multifamily investments across the country.

Tyler has brokered over $125 million in transactions for a wide range of clients including institutions, private equity clients, banks and governmental agencies.   Since 2010 Tyler has been working in Portland where he quickly established himself as one of the best apartment brokers in the market.    His prior awards include “Top 5 Portland Broker” and “Top Apartment Broker” for 2011 and 2012.
“We are delighted to have Tyler joining as a partner broker,” said HFO co-founding Partner Tim O’Brien.  “Tyler is a true team player that brings hard work, integrity, in-depth knowledge and history with apartments to HFO’s clients.”

Tyler holds a Bachelor of Science degree in Environmental Studies from the University of Oregon.  He is also an active member of the University Club and the Multnomah Athletic Club.

Posted by HFO Investment Real Estate at Monday, May 13, 2013 No comments: Links to this post
Email ThisBlogThis!Share to TwitterShare to FacebookShare to Pinterest

Real Facts reports that among the western states, the top seven metro areas for rent growth were:


The Portland Business Journal today said "Job gains in the tech sector helped drive up apartment rates in the first quarter in key markets, including Portland."

See all of HFO's exclusive apartment investment property listings here.
Posted by HFO Investment Real Estate at Tuesday, May 07, 2013 No comments: Links to this post
Email ThisBlogThis!Share to TwitterShare to FacebookShare to Pinterest

The Associated Press reports that Seattle is leading the nation in building hundreds of tiny apartments the size of a parking space. Now neighbors are complaining and pushing for a moratorium, saying that 150-200 square foot units crowd too many people together, don't encourage people to put down roots and circumvent the design review process. Read More.
Posted by HFO Investment Real Estate at Wednesday, May 01, 2013 No comments: Links to this post
Email ThisBlogThis!Share to TwitterShare to FacebookShare to Pinterest
Newer Posts Older Posts Home
Subscribe to: Posts (Atom)