Wall Street Journalist Laura Kusisto writes: "A focus by builders on high-end apartments helps explain why rents are soaring across the country."

While some developers worry that the current construction boom could eventually result in overbuilding at the high-end—which could put downward pressure on rents for all types of apartments—there is considerable angst among city officials and housing advocates worried that the middle class is getting squeezed. 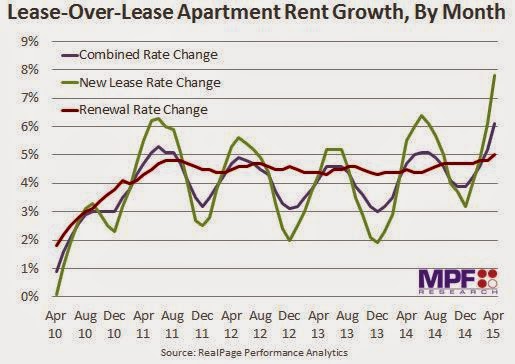 New highs in rent growth were seen for both new resident leases and for renewal leases. April 2015, total lease-over-lease rent growth nationally measured 6.1% — well above the 2011 peak of 5.3%. 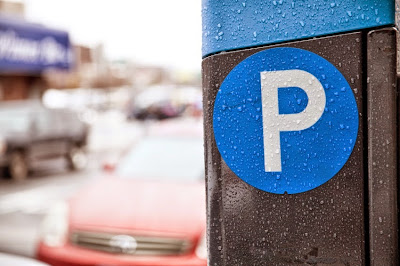 "Every time a new building includes space for cars, it passes those costs along to tenants," according Eric Jaffe, author of a recently published article found on CityLab. Within the article, two interesting and worrisome charts cover:

1)  Housing Affordability Based on a Building's Parking Structure

For more information on parking controversies, see some of our recent blog posts below:

Parking Controversy, Expenses and Too Much Parking?

Are You Having Trouble Finding a Parking Spot? Fear Not, It Will Get Worse. 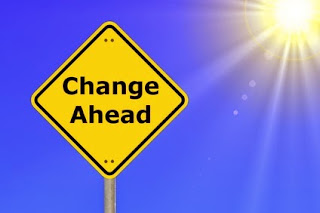 According to a report in The Oregonian,  Bob Bisno, a Southern California developer confirmed he and a group of partners have purchased the site to tear down Lloyd Cinemas and develop approximately 1000 residential units. The plan calls for retail space, community space and structured parking for nearly 875 cars. Although some would consider this announcement late in the real estate cycle, Bisno is optimistic about the project stating, "what we think will be the most magnificent mixed-use development in the area, but perhaps in all of Portland." Timing on the delivery of the project was not included in the press release.

Additionally, the Portland Business Alliance reported a on a disparity in wages. Middle-income jobs have experienced a decline primarily driven by global market changes, jobs at the top and bottom ends of the labor markets have grown, and technological advances. The big question is whether the City of Portland will need to reconsider the current Urban Growth Boundary?

Portland Business Journal. (2015, May 12). Why the ballooning income disparity could force Portland to rethink the Urban Growth Boundary Retrieved from http://www.bizjournals.com/portland/blog/real-estate-daily/2015/05/why-the-ballooning-income-disparity-could-force.html

Posted by Unknown at Wednesday, May 13, 2015 No comments: Links to this post
Email ThisBlogThis!Share to TwitterShare to FacebookShare to Pinterest
Labels: #cityofportland, #construction, #development, #jobgrowth, #Portlandmarket, #urbangrowthboundary
Location: Portland, Ore. Portland, OR, USA

With record setting per-unit prices and low interest rates, active investors and developers view the market at a cyclical high and are taking advantage of the active domestic and global investor pools. A combination of rising interest rates and more supply of apartment units will trigger an increase in cap rates, which effectively will drive down value of the assets.

For now, many of these developers and investors have stabilized their assets with zero to minimal vacancy. Many have made capital improvements or are thinking about it while most have raised rents. However, not all investors are keeping up with rising rents and some may not be taking into account annual increases in operating expenses. According to MultfamilyNW's Spring 2015 report, median expenses increased 7.8 percent to $4,687 per unit in 2014. In a 6 cap market, this equates to a approximately $5,600 decrease in value per unit annually. Many investors are recapturing some of that lost income by implementing ratio utility billing systems, known as "RUBS." 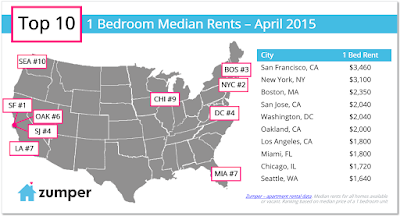 Posted by Unknown at Thursday, May 07, 2015 No comments: Links to this post
Email ThisBlogThis!Share to TwitterShare to FacebookShare to Pinterest
Labels: #apartment, #apartmentmarket2015, #caprate, #multifamily, #Portland, #Seattleapartments
Location: Portland, Ore. Portland, OR, USA

In a recently published article on GlobeSt., going green or staying green, paying close attention to competitors rents and adding outdoor amenities for tenants to gather and feel a sense of community are some of the ways multifamily owners take advantage of the warmer months to achieve higher rents. Click below to read the full article.

Summer Is Ideal for Multifamily Rent Growth, GlobeSt., May 5, 2015. 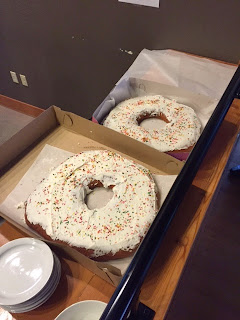 Homer Simpson's got nothin' on us though: these pizza-sized sweets were all but gone by noon.

HFO is a sponsor of BBBS Bowl for Kids Sake and this summer's Perfect Pairings at Sokol Blosser Vineyards on Saturday, August 8th.
Posted by HFO Investment Real Estate at Monday, May 04, 2015 No comments: Links to this post
Email ThisBlogThis!Share to TwitterShare to FacebookShare to Pinterest
Labels: #CharitableGiving, #nonprofit
Location: Portland, Ore. Portland, OR, USA

What Is the Top Transportation Project East Portlanders Want?

David Hampsten, an East Portland neighborhood advocate and committee member of Portland's Bicycle Advisory Committee helped manage and analyze a huge survey this past spring on transportation needs for East Portland. Last month Hampsten presented on the findings and the numbers were evident that safety for walking drastically needs to be improved. 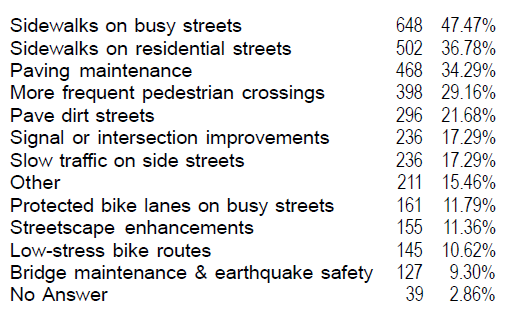 The survey was distributed online and to approximately 60,000 households as an insert in an edition of East Portland's city-sponsored newsletter. 1,365 residents mailed in the survey, which can be found with more information in a recently published article on BikePortland.org.

Commerical real estate's giant gorrilla-like information and analytics provider, CoStar Group, was reported today that they will be purcashing Apartment Finder of part of its $90 million acquisition of Network Communications, Inc. The deal is expected to close in 90 days and this comes after their mammoth purchase of Apartments.com in 2014.

More information can be found at Axiometrics.