Home price declines slowed in November for the 10th straight month according to Standard & Poor's Case-Shiller index, a closely watched measure of home prices in the U.S. and 20 major metro markets.

November results released today indicated that Portland home prices gained 0.1 percent over October.  Home prices are still down 7.5 percent from a year ago.

According to the index, Portland continues to fare better than Seattle.
Posted by HFO Investment Real Estate at Tuesday, January 26, 2010 No comments:
Labels: economic recovery

Consumer Confidence up in January

The Consumer Confidence Index rose 2.3 points in January to 55.9, its highest level in 17 months. Both the present situation and expectations series increased while labor market conditions improved slightly.

Multifamily Executive magazine reports that at this years national Multifamily Housing meeting, owners were preparing for renewed investment.  Most firms are well-positioned, both operationally and from a capital perspective, to make 2010 a strong acquisition period. Read more > > >

Plus, resiliance and optimism were the watchwords for this year's annual event.  Read More > > >
Posted by HFO Investment Real Estate at Monday, January 25, 2010 No comments:

Good Times Ahead After A Bumpy 2010

Economic and industry experts alike anticipate great years ahead for multifamily, with a surge in rent-friendly Gen Y demographics coinciding with job creation and a lack of apartment supply culminating in a long run of rent increases, occupancy hikes, and all-around good times.

To get a seat at the table, however, multifamily operators still need to apply mettle to the realities of 2010. Read More > > >
Posted by HFO Investment Real Estate at Friday, January 22, 2010 No comments:

Out of Reach: The Coming Apartment Crisis of 2012

The cost of living might be bad now, but in a couple of years, today’s development dearth may make affordable housing unattainable to an entire generation. Multifamily Executive magazine reports.
Posted by HFO Investment Real Estate at Thursday, January 21, 2010 No comments:

The U.S. recovery is still on track.  According to a Wells Fargo Economics Group report released today there was a 1.1 percent gain in Leading Economic Indicators in December, suggesting the economic recovery still has momentum heading into 2010.
Signs of a Rebound in Housing, and Slowing in Layoffs

The University of Oregon Index of Economic Indicators rose 1 percent in November, making four straight months of improvement. The UO Index is up an annualized 2.1 percent from six months ago. Univeristy of Oregon associate professor of economics Tim Duy said these patterns are consistent with expanding economic activity, and that the recession in Oregon ended last August.

Employment levels are expected to improve slowly in the months ahead.
Posted by HFO Investment Real Estate at Thursday, January 14, 2010 No comments:

Portland, OR – HFO Investment Real Estate has arranged the sale of the 19-unit Teasdale Apartments in NW Portland for $1.275 million or $67,105 per unit. Constructed in 1910 the Teasdale consists of six 1-bed 1-bath units and 13 studio apartments. The buyer obtained a conventional loan to finance the purchase and planned upgrades at the property. HFO Investment Real Estate brokers represented the parties.

An 8-plex in Vancouver Washington also sold for $515,000 or $64,275 per unit. Constructed in 1972, the apartment complex has many recent upgrades including a newer roof, windows, appliances, and floor covering. HFO Investment Real Estate brokers represented the seller.
Posted by HFO Investment Real Estate at Wednesday, January 13, 2010 No comments:

The New Renters: Men Happy to Be Freed From Home Ownership 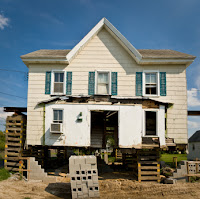 This past week the New York Times published an article about men who purchased homes the past few years only to discover that they didn't, in fact, enjoy owning them at all. It details their homeownership experience. Some have already returned to renting, others are trapped as homeowners, unable to sell in the down market.

The article recounts the pressures of adulthood, on men of being "providers", and the psychology of and how those very same men who once thought they needed to own a home have quickly reconsidered in light of the stock market meltdown and housing bust.

“I’m in my 30s. If fixing something made me happy, I would have learned how to do it.”

The article is a somewhat humorous take on the work involved in owning a home, and the countless men who bought them, without understanding how much work is involved. One complained that he couldn't walk to anything from his subdivision, another says: “Why would I have any interest in fixing the bathroom sink?” Others complain about having to mow the lawn after working 60 hours a week, or locking themselves out and not having a super to help them get back in.
Posted by HFO Investment Real Estate at Wednesday, January 13, 2010 No comments: 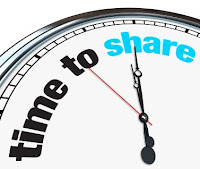 At the close of each brokered apartment sale, HFO makes a contribution in honor of our clients to their charity of choice. In addition to thousands of dollars distributed each year to our client’s preferred charities, at the end of each year all HFO Team members pick a charity for an end-of-year contribution.
In addition to more than 400 hours in volunteer time donated by our team members to the local community, HFO donated nearly $7,000 in cash to the following charities:

In his Winter 2010 Apartment Market Report, appraiser Mark D. Barry cites Greenlight Portland and Wells Fargo's forecasts of 1,200 to 3,000 new jobs for the Portland metro area, and the Red Capital Research estimate of an additional loss of 4,600 jobs in Oregon in 2010 with 15,000 new jobs in 2011. Meanwhile, the Oregon Office of Economic analysis expects job losses to stop early in 2010 with stabilization and some recovery later in 2010 with employment reaching pre-recessino levels in 2013.

Apartment Construction
Barry forecasts another slow year for apartment constructionand some developers taking out permits in anticipation of a stronger market in 2011 and beyond.

Vacancies in the Short Term - Shortage of Apartments by 2012
Barry cites REIS and CBRE Torto Wheaton reports as forecasting an apartment vacancy of 7.0 to 7.5% by late 2010 with a quick rebound in 2011 due to pent up demand from young adults tiring of living with their parents, slow apartment construction and a better economy.  Barry predicts that a convergence of various factors will lead to an apartment shortage by 2012.

Apartment Sales Volume
With 2009 reflecting the lowest level of apartment sales in the past few decades, Barry predicts 2010 to be a far better year for apartment sales.  His reports sales will increase as a result of circumstances including seller motivation by possible increases in capital gains, buyers who sense we are close to bottom, underwater investors facing cash calls due to lower net income and inability to refinance current debt.

Buyers or sellers wanting to consult with an HFO broker about the current market and how they might best take advantage of the current situation should call us at 503-241-5541.
Posted by HFO Investment Real Estate at Monday, January 11, 2010 No comments:
Labels: appraiser, Market Forecast

The Investor Roundtable event yesterday drew our biggest crowd ever - smashing past the 250 attendee mark.

Investors - if  you weren't able to make it to our recordbreaking event with Joe Weston and John W. Mitchell, look next week for follow-up information in your e-mail box. If you're an investor and we don't have your e-mail on file, send your name, phone number and e-mail address to: aaron@hfore.com.