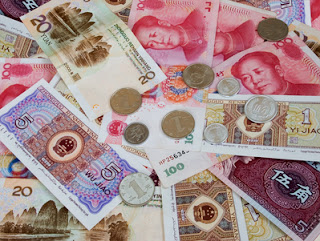 The volatility and chaos of the Chinese stock market over the past few weeks will cause an acceleration in the purchase of real estate by wealthy Chinese buyers in the US and elsewhere according to a recent report from Business Insider.

The Chinese see the US real-estate market as a relatively moderate risk, high-return investment, and like the idea of diversifying their holdings for their children who study abroad, according to a Western Washington King 5 News report.

In 2014, Chinese investors led foreign buyers in purchases of single-family homes and condominiums at 16%, according to the US National Homebuyers Association. A reported $2 billion of Chinese capital was invested into Seattle and the greater Puget Sound market in 2014, according to the Puget Business Sound Journal.

With the influx of foreign capital and combination of limited inventory for residential real-estate, one should speculate on how much may ripple into the multifamily market. Chinese buyers have been purchasing multifamily investment properties in major markets across the country, but primarily new developments or trophy assets.

In addition, as cap rates continue to compress to numbers that have many scratching their heads in markets like San Francisco, LA and Seattle, will Chinese investors point their radars towards Portland?

Zumper: Where Are the Cheapest and Most Expensive Neighborhoods to Rent in Portland this Summer?

In July, Portland remained the thirteenth most expensive city in the rental market throughout the 50 major metropolitan markets across the country. One bedrooms saw an increase of 3.9% in the month to a median of $1,330, while two bedrooms similarly jumped 3.3% to $1,550. Such movements have placed the city ahead of Atlanta, Denver, and Dallas on our list of rent prices across the 50 largest cities in the United States. 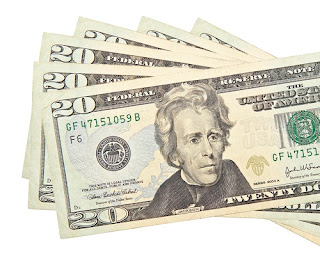 Business Insider highlighted the top 20 most expensive cities to rent a one-bedroom unit from Zumper's recent rental report. One-bedroom listings for #13 Portland average $1,300 per month and $1,600 for #10 Seattle.

Leading the pack is #1 San Francisco with an average one-bedroom listing at $3,500 per month.

How are you staying current with rising rents? What are you doing to improve operations and position your multifamily investment to achieve maximum value?

Our team can help answer these questions. Call an HFO broker to learn more and click on either report to see the full lists. 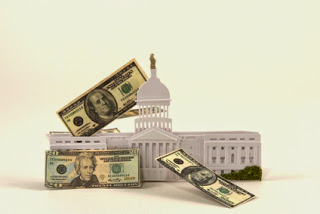 There have been rumblings in the market for some time that commercial real estate property prices are inflated and beyond their "true" value. Currently, many in the global business community are eager to know if Federal Reserve Bank Chair Janet Yellen will pull the trigger on raising interest rates in September or after.

Combined with the uncertainty about China's economy and last week's correction in the stock market, the commercial real estate industry will be impacted sooner than later. The depth of this impact is unknown.

Read more in an article published today on GlobeSt.com.

New built-in technology can shut off electric coil burners before the oil even ignites. The appliance industry and fire prevention officials will soon implement a standard requiring all new electric stovetops to shut off before cookware contents reach ignition temperatures. Read more.

HFO-TV is pleased to present Christian Kaylor's mid-year economic update for Portland metro and the state of Oregon. 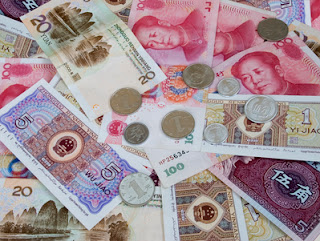 The Housing Wants and Needs of Baby Boomers

According to the 25,099 respondents to an exclusive survey of renters nationwide by J Turner Research in partnership with Multifamily Executive, apartment marketers need to pay close attention to the growing significance of online ratings and reviews. A full 63 percent of baby boomers conducting an apartment search use online ratings and reviews to gather information about  communities they’re interested in -- and they have a compelling effect on boomers’ rental decisions. Read more survey results.
Posted by HFO Investment Real Estate at Tuesday, August 18, 2015 No comments:
Email ThisBlogThis!Share to TwitterShare to FacebookShare to Pinterest
Labels: #babyboomers, renter surveys, Surveys
Location: Portland, Ore. Portland, OR, USA

In Case You Missed It: Burnside Bridgehead Project Named: Yard 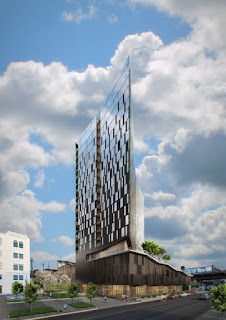 The 21-story, 284-unit tower going up on the east end of the Burnside Bridge has a name. Yard.

Not The Yard. Just Yard.

The HFO marketing department was excited to the point of gleeful exclamation to read in the Portland Tribune that "The floor plan of the tower is a near-parallelogram," but even more excited to learn that, "The design is said to include a hot spring-themed spa." 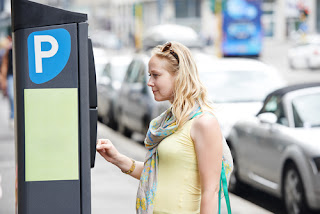 Originally planned for installation next month, parking meters in NW Portland have been delayed for months, perhaps longer, because of a bribery scandal investigation. The news is a disappointment to area businesses, who had hoped for some relief from a lack of short-term street parking. Read more.
Posted by HFO Investment Real Estate at Tuesday, August 18, 2015 No comments:
Email ThisBlogThis!Share to TwitterShare to FacebookShare to Pinterest
Labels: #parking, apartment parking, no parking, parking issues
Location: Portland, Ore. Portland, OR, USA 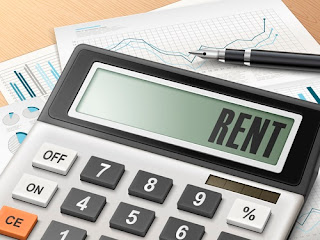 Following last month in Zumper's National Rent Report, Seattle ranked 10 and Portland 13 for the most expensive in median one bedroom rents out of the 50 largest U.S. cities acrosss the county.

277 Apartments Planned for AmberGlen in Hillsboro

SolTerra, which designs, builds and manages mixed-use projects, has gone on a hiring spree and announced it will build 1,500 apartments in Portland and Seattle by 2018.

The company, which has doubled in size in the past six months, now has a staff of 150 in Seattle and Portland, with plans to hire still more.

SolTerra is working on six Portland projects and seven in Seattle. Its Seattle projects include:
The company is looking at additional properties on Capitol Hill and in the International District.

Its Portland projects include its own brand new new office building at SE 9th and SE Division that broke ground in May, 2015. The 35,000 SF building will have office, retail and warehouse space and will feature a large tree in the center growing through the roof. 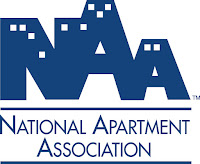 It's more important than ever to find the right balance between managed growth, maintaining product quality, service excellence, controlling operating costs, and investing for future changes.

Over the next 24 months, those owners and/or operators who can successfully balance these four factors will benefit for years to come. Click here to download a PDF of the survey of operating income and expenses in rental apartment communities.

finding the right balance between managed growth, maintaining product quality and service excellence, controlling operating costs, and investing for the future changes ahead. Over the next 24 months, those owners and/or operators who can successfully balance these four factors will benefit for years to come. - See more at: http://units.naahq.org/august-2015/balancing-accelerated-growth-2015#sthash.xMk1OLS9.dpuf
Posted by HFO Investment Real Estate at Tuesday, August 11, 2015 No comments:
Email ThisBlogThis!Share to TwitterShare to FacebookShare to Pinterest
Labels: #national trends, National trends, Owner Survey, Surveys
Location: Portland, Ore. Seattle, WA, USA

Not only is Portland the #2 leader for effective rent growth, but the Rose City holds the same position with respect to Renewal Rent Growth, pegged at 8.2 percent, as Seattle ranks #6 with 7.4 percent rent growth on renewals.

As we've learned, the apartment industry traditionally measures rent growth only by sticker prices for new leases, yet renewals typically comprise half the rent roll, and are equally critical to performance.

Business Insider: The True Cost of Living in Seattle 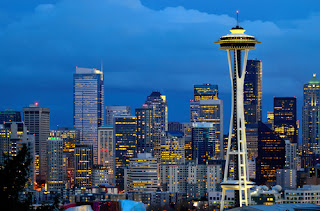 Thinking of moving to Seattle? Join the crowd!

This bustling metropolis has been the fastest growing big city in America since 2010.

To prepare for your relocation, check out this handy calculator for figuring out the cost of living in the Emerald City.

Southeast Examiner: Is Parking A Challenge With No Solution? 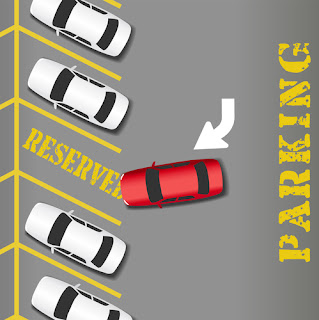 The cover story of this month's edition of the Southeast Examiner outlines how the existing need for parking already far outweighs supply. For example, Portland's Central Eastside Industrial District (CEID) has 18,000 employees, 3,000 residents, and 3,000 customers, for a total of 24,000 needed parking spaces. But the actual number spaces available is 14,000 -- just 10,000 short!

The fact is, cars are in use only 5% of the time, and when they are in use, they are 80% empty. Can there be a better way? Will we ever find a solution, or have solutions already started finding us? Read more.
Posted by HFO Investment Real Estate at Thursday, August 06, 2015 No comments:
Email ThisBlogThis!Share to TwitterShare to FacebookShare to Pinterest
Labels: #parking, no parking, parking issues
Location: Portland, Ore. Portland, OR, USA

HFO Partner Greg Frick met recently with Metro's Principal Planner Ted Reid about the status of this year's review of the Urban Growth Boundary, along with discussion of housing issues ranging from boom in multifamily construction to housing affordability. This interview took place the same day that Metro's COO recommended that the boundary not be expanded for another six years.

In January, HFO released this video interview with the head of Portland State University's Gerard Mildner, who has roundly criticized Metro's housing plan. 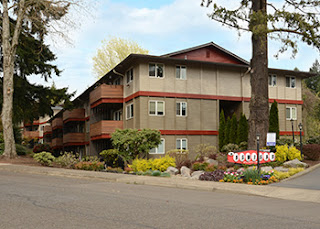 HFO is pleased to announce the sale of The Oswegan, and Uptown at Lake Oswego.

In this case, HFO had recently completed a 1031 exchange sale in another Portland asset for an investor client looking to trade into a replacement property. 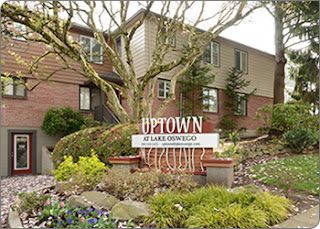 Through strategic collaboration, HFO's team was able to identify this portfolio of well-located, fully rehabilitated Lake Oswego properties and negotiate a transaction that satisfied the needs of both buyer and seller.

The Uptown at Lake Oswego and The Oswegan each consist of 47 apartments. The properties sold for a combined price of  $16.6 million. 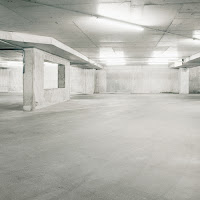 Seattle's alternative weekly, The Stranger, reported last week that parking spaces cost between $20,000 and $50,000 each.

According to the article, Seattle rents are an average of $246 higher than they would be without a parking space, and Portland's rents average $500 per unit more for the same reason.

Portland, OR Is Number One In Rent Growth Out of 101 Markets Surveyed -Yardi

Multifamily rent growth is not showing signs of slowing down. In July's Yardi Matrix Montly Report, apartment rents rose a 6.5% year-over-year, up 20 basis points from June and the highest rate of growth in the current market cycle.

The Western U.S. technology-fueled markets continue to set the bar for rent growth.