The Portland region continues to grow jobs at a solid annual pace of 2.6%. Compared to the 50 largest Metro regions in the US that ties us for 16th with Charlotte, North Carolina. Our growth rate is mostly in line with other major West Coast Metros. 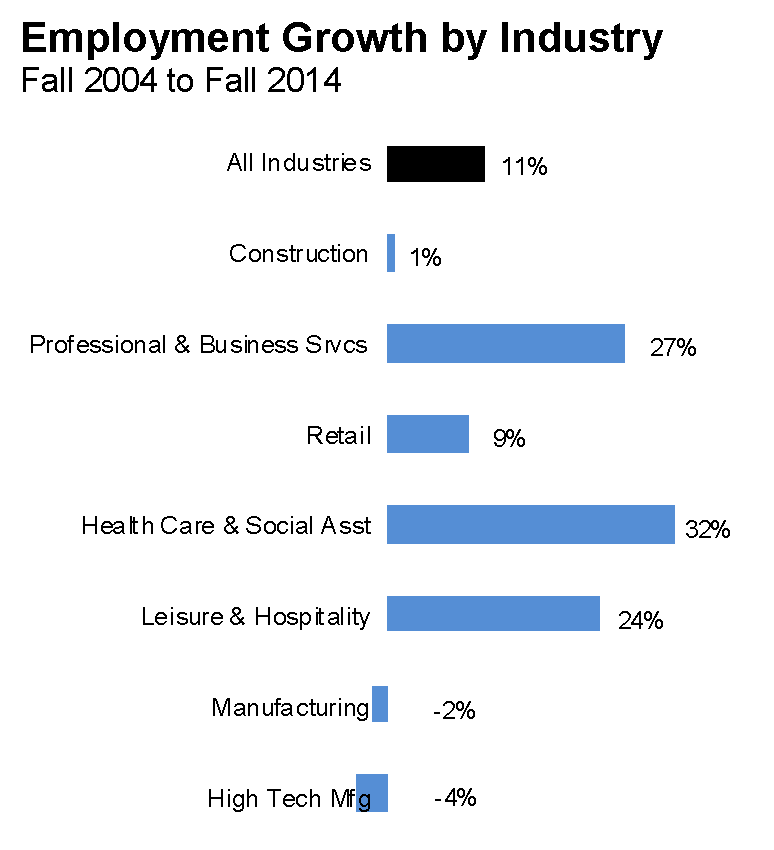 Two major industries stand out for job growth over the last 12 months : Construction, and Professional and Business Services. Almost all major industries are growing, with the notable exception of High Tech Manufacturing.

Occasionally, it's good to step back from the current economic data to see the longer term trend. Over the last ten years we've experienced an economic recovery, a major recession and now another few years of sustained economic growth. Just two major industries make up more than half of all the net job creation in the region since the Fall of 2004 : Professional and Business Services, and Health Care and Social Assistance. 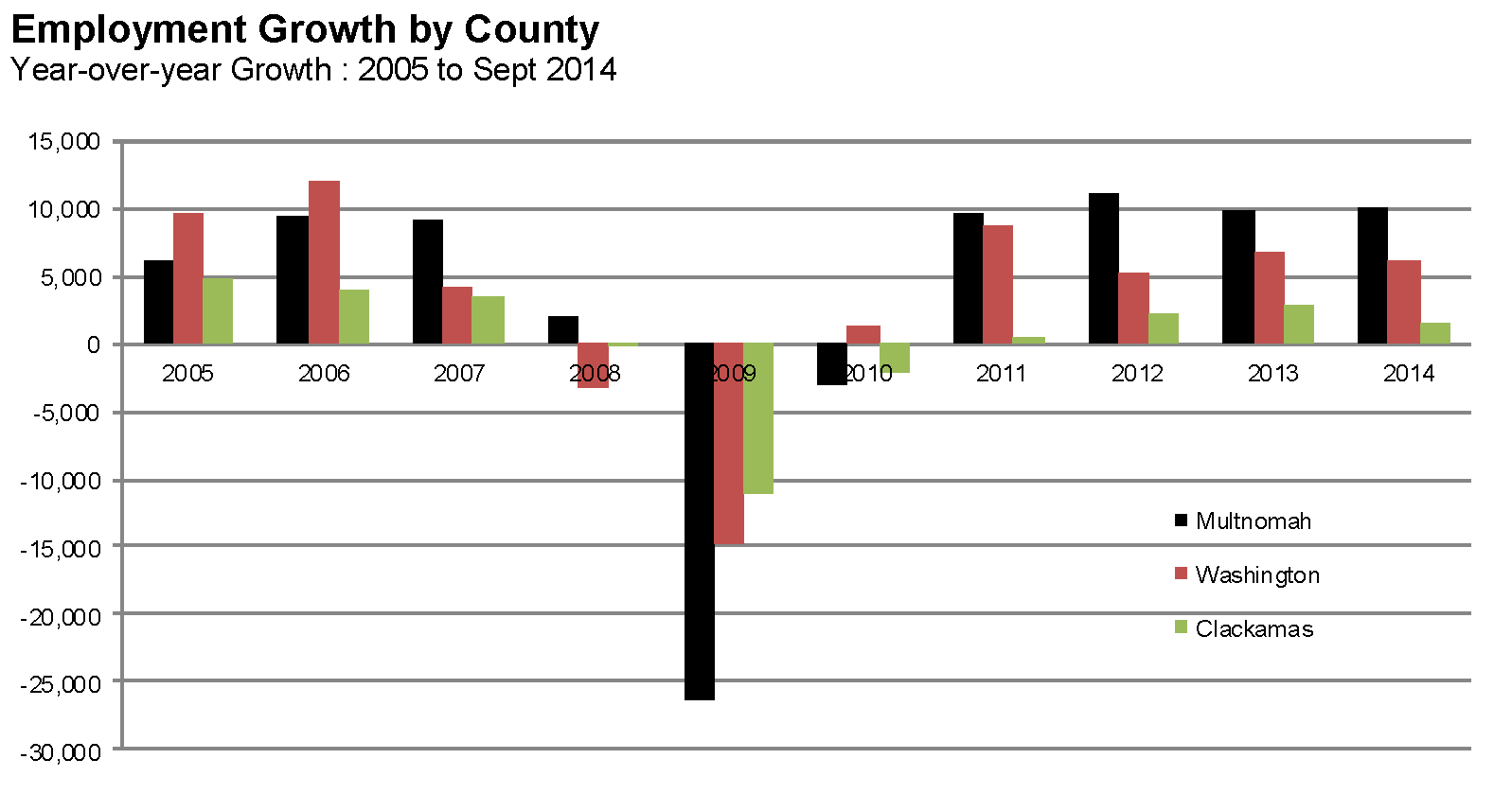 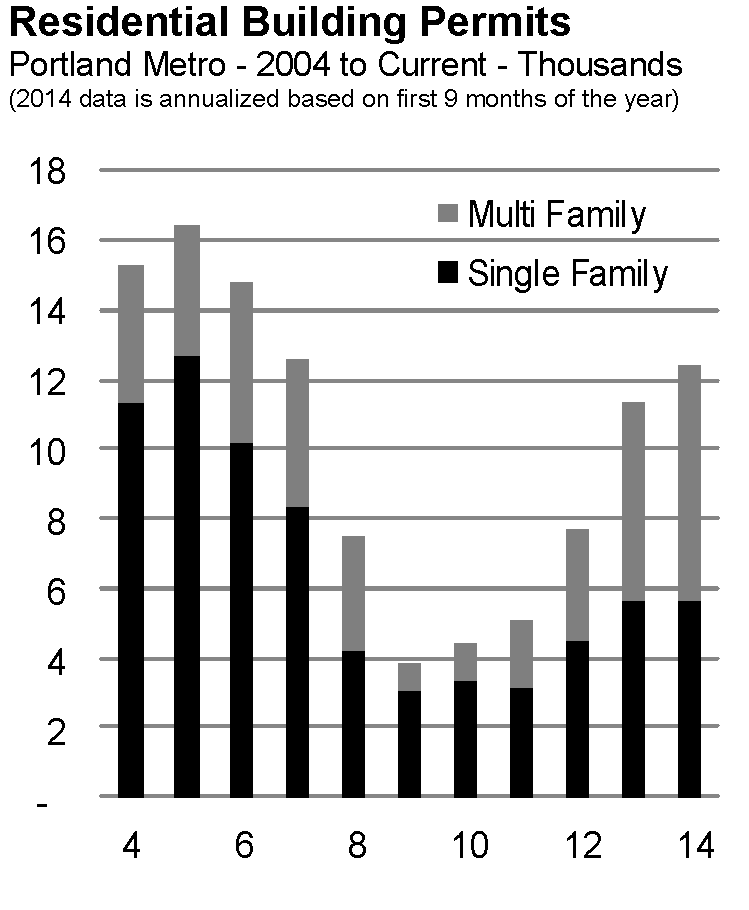 Two interesting things stand out since July. First, the historic surge the region saw in residential building permits during the Summer has mostly faded, with 3rd quarter permit numbers almost exactly where they were for the 3rd quarter of 2013. That seems to project 2014 looking like 2013. Still strong, but without  noticeable momentum toward future growth or decline. 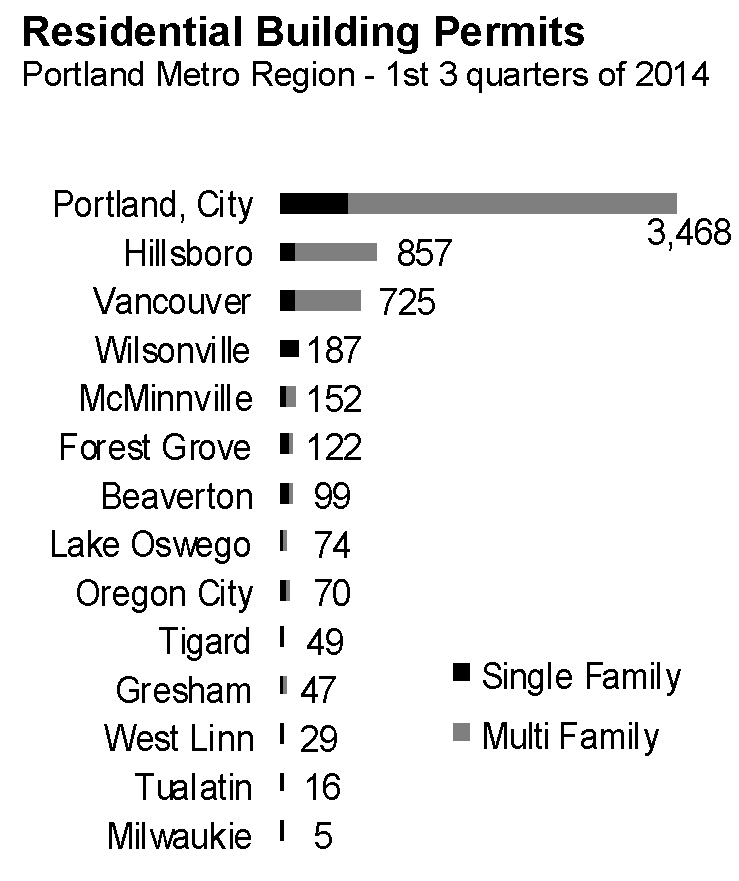 Second, in 2013, condo and apartment building activity in the region was almost entirely exclusive to the City of Portland, with little to no activity in the surrounding communities. This year, Vancouver and Hillsboro are also now planning on developing multi family housing in volume.