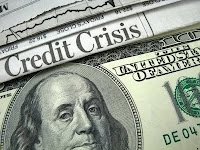 The Wall Street Journal reports that the delinquency rate for Fannie Mae's apartment loan portfolio is on the rise.  Delinquencies increased from 0.16% in Sept. 2008 to 0.62% in September 2009.

Fannie and Freddie increased their apartment lending from 34% of the market in 2006 to 84% in 2008. About one fourth of all loans on Fannie's books were made at the top of the market in 2007. Even though losses from Fannie and Freddie's $300 billion apartment loans pale in comparison to their losses on loans for single-family residences, some critics of the agencies say the firms were too aggressive with their apartment lending.  The firms generally deny this charge, citing the fact that 97% of Freddie-backed properties are still worth more than the value of underlying loans.