Survey: 11.8% of Oregon Renters Unable to Pay Full Rent in May

Multifamily NW and the Rental Housing Alliance collaborated to collect 519 surveys of housing providers to establish the impact on May 2020 rent payment of the COVID -19 crisis that has resulted in mass layoffs.

Roughly 20 percent of first-time unemployment claims came from accommodation and food services sectors, followed by the arts and entertainment sector, services, construction, and health care. A disproportionate share of initial unemployment claims occurred for those aged 25-34 – the same population that is likely to rent their housing and have accumulated fewer financial reserves to withstand an interruption in household income.

The survey asked: How many households were unable to pay full rent by the 8th of May? The study also adjusted for vacant units to arrive at the actual percentage of renters impacted. The broader impact on the market can, therefore, be extrapolated from these numbers.
Respondents were also asked whether they were offering rent discounts. Of the 286 respondents, 110 answered the question. Of the respondents, 69 were offering some form of discount--generally 10% or $50-100. 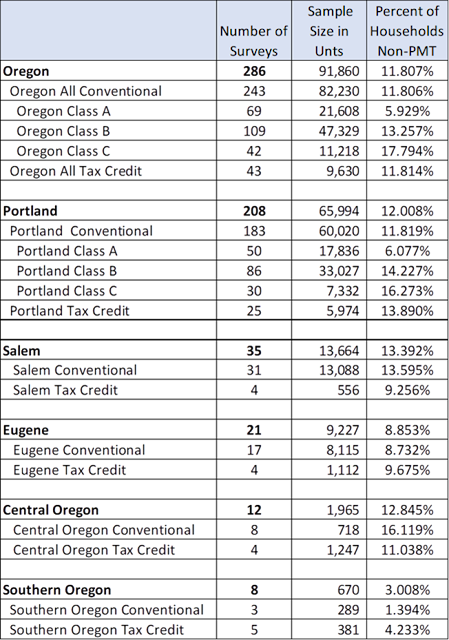