Report: The Fallacy of Rent Control 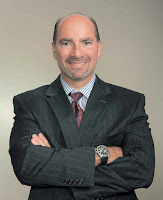 In the August 2019 edition of the Pathfinder Report, Senior Managing Director Lorne Polger shares his thoughts on why rent control will fail to help produce affordable housing:


"Make it easier to build and make it easier to build with increased density to reduce the cost per unit. San Diego’s Mayor, Kevin Faulconer, was very much in tune with this concept. In 2018, he backed an update to the Affordable Housing Density Bonus Program to incentivize developers to increase the production of smaller and more affordable units and backed several code changes to streamline the development process, remove unnecessary barriers to development and increase production.

"This past June, the Mayor proposed to wipe out height limits for apartment and condominium projects built near transit lines. He said the proposal would spur construction of more housing, especially housing for middle-income residents, by allowing taller buildings with smaller sized units and then streamlining the approval process for such projects. Harrumph said the local planning groups! Harrumph said the local NIMBY’s (not in my back yard). Harrumph said the local BANANA’s (build absolutely nothing anywhere near anything). Quoting one of my favorite singers, Alanis Morrissette, isn’t it ironic? Isn’t it ironic that many of the same groups leading the charge on rent control are the ones restricting new supply."