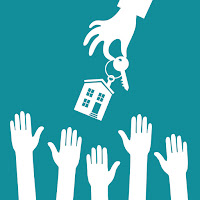 The Portland City Council plans to hold a hearing on Commissioner Eudaly's newly revised tenant screening and security deposit ordinances at 3 PM on Thursday, May 23rd. Mayor Wheeler has been working with Eudaly's office to bring the ordinances in line with legal standards laid out in a memo from the City Attorney's office. According to the Portland Tribune, the ordinances have been simplified but still place significant restrictions on landlords. Read more.

Note: this article updated May 22nd at 2:54 pm with a draft screening criteria that was updated on the City of Portland's auditor website after 7:34 am on Monday, May 20th.
Posted by Jennifer Shuch at Monday, May 20, 2019
Email ThisBlogThis!Share to TwitterShare to FacebookShare to Pinterest
Labels: #cityofportland, #landlordandenantlaws, #oregon, #Portland, #securitydeposits, #tenantscreening
Location: Portland, Ore. Portland, OR, USA