The Federal Reserve announced Wednesday that it will be cutting the benchmark interest rate to a range of 1.5%-1.75%. This is the third rate cut in 2019, and the ninth since 2015. Unlike earlier this year, Chairman Jerome Powell's statement indicated that the Fed is unlikely to cut rates further in the near term. Powell stated, "We see the current stance of policy as likely to remain appropriate as long as incoming information about the state of the economy remains broadly consistent with our outlook." Read more.
Posted by Jennifer Shuch at Thursday, October 31, 2019 No comments: Links to this post
Email ThisBlogThis!Share to TwitterShare to FacebookShare to Pinterest
Labels: #economicgrowth, #federalreserve, #interestrates
Location: Portland, Ore. Portland, OR, USA

The U.S. Census Bureau reports that the third-quarter 2019 rental vacancy rate for the Portland/ Vancouver/ Hillsboro metro area was 4.7%, an increase of 0.2% from one year earlier. This is close to the recently released Multifamily NW fall survey of nearly 62,000 area apartment units which pegged area vacancies at 4.4%.

Seattle/Tacoma/Bellevue's metro area vacancy rate was listed at 4.6%, down 0.7% from a year ago.

The average national rental vacancy rate for Q3 2019 was 6.8 percent for multifamily dwellings of five or more units -- down from 7.1% one year earlier, despite continuous delivery of multifamily units throughout the national market.

This week: the City of Portland repeals its placard and tenant notification requirements for unreinforced masonry buildings; real estate and construction professionals in the pacific northwest questioned in a recent survey were concerned over environmental regulation, affordable housing, and rent control. And it turns out that the exodus of residents from California may not be wealthy retirees after all.

The Portland City Council voted yesterday 4-0 to repeal the placarding and tenant notification requirements for unreinforced masonry buildings. Mayor Wheeler was not present for the vote because he is visiting Portland's sister city in Japan. The Council also created a new task force that will be charged with finding ways to reduce life safety risks and displacement in the event of an earthquake. The committee will be comprised of two subcommittees, one to study solutions for nonprofits and faith organizations, and the other to find solutions geared toward private owners. The handful of people who testified at the hearing praised the city's decision to repeal the placarding requirement, but expressed concerns over a breakdown in communication between city officials and building owners. Read more.
Posted by Jennifer Shuch at Thursday, October 24, 2019 No comments: Links to this post
Email ThisBlogThis!Share to TwitterShare to FacebookShare to Pinterest
Labels: #cityofportland, #multifamily, #oregon, #Portland, #seismic, #unreinforcedmasonry
Location: Portland, Ore. Portland, OR, USA

At the ULI Emerging Trends in Real Estate 2020 breakfast in Portland this morning, local experts discussed the strengths and weaknesses in the Portland market, as well as what the region should be working toward in the next few years.

Keynote speaker Andy Warren, Director of Real Estate Research at PwC, emphasized that the differences between the top 20 metro areas for real estate investment are shrinking. This year, Portland was ranked 20th on the list, while Seattle was 10th. Denver dropped from 10th place last year to 17th this year. Warren commented on the rising phenomenon of "hipsturbia," or millennial hipsters moving to suburbs while expecting walkable urban amenities like bars, breweries, and flexible work spaces. He also emphasized that cities that have invested in infrastructure are the most attractive to investors. According to the Emerging Trends in Real Estate survey, 81% of real estate professionals cite transportation as the most important infrastructure investment a city can make.

Barrett recently moved his company from San Francisco to Portland, which he said was primarily a lifestyle decision. He did not look at school districts or taxes, but instead was drawn to Portland because of the character of its neighborhoods, and its proximity to wine country and outdoor recreation. He urged the developers and planners in the audience not to imitate San Francisco's pattern of development in which urban campuses close themselves off and shut out the local community.

Other panelists, including Alisa Pyszka, emphasized that Portland needs to work on growing its economy from within and focusing on educational opportunities that rely less and bringing in talent from other cities. They also discussed the "trailing spouse" factor - if people move here for job opportunities, will their spouses also be able to find jobs in their field that will keep them in the region?

In terms of barriers to entry and feasibility, the panelists agreed that while local investors may feel that the political and regulatory environment in Portland makes investment and development difficult, investors from larger cities tend to view the city as a relatively untapped market that presents an opportunity for creative options. This was borne out in the survey, which ranked Portland as the #1 city for investment opportunities.
Posted by Jennifer Shuch at Tuesday, October 22, 2019 No comments: Links to this post
Email ThisBlogThis!Share to TwitterShare to FacebookShare to Pinterest
Labels: #development, #economicgrowth, #investment, #multifamily, #oregon, #Portland, #realestate, #uli, #urbanlandinstitute
Location: Portland, Ore. Portland, OR, USA

A report finds that rents in most Portland area cities are flat or declining while those in the valley and Eugene are increasing; the Portland water bureau is building a corrosion control facility to reduce the possibility of lead in the city's water supply, and a recent study finds that proximity to transit can increase property values.

The Rental Services Offices of the City of Portland is offering a traveling helpdesk for landlords with questions about their rights and obligations under the Portland City Code, including the new rental screening ordinance and security deposit regulations that will take effect in March of 2020.

The traveling helpdesk is available to provide technical/non-legal assistance on Saturdays at the Multnomah County Library branches and dates listed below:

Portland Metro Area Rents Decreased in September, but Rents in the Valley Are Picking Up

RentCafe released its rent report for September 2019 - while many Portland metro area cities have seen slight decreases month over month, rents in the Willamette Valley and along the southern part of the I-5 corridor are beginning to increase. In Springfield, just outside of Eugene, rents were up 1% month over month, while in Keizer and Salem they were up 0.7% and 0.4% respectively. While Tualatin's rents decreased by 2.9% in September, year over year the Washington County city had the highest rent increase at 7.3%. Nationwide, rents decreased by 0.1% month over month in September. Lake Oswego still boasts the highest rents in the state, but rents there decreased 3.4% last month. Read more.

This week: Under orders from a Federal Judge, the Portland City Council will have a public hearing October 23 on the court's mandated rollback of its ordinance requiring placards on unreinforced masonry buildings; and the Supreme Court is deciding whether to hear a case challenging the legality of inclusionary zoning. 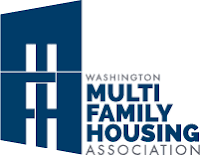 The Portland Tribune reports that the Portland City Council plans to consider repealing the URM placarding requirement at a meeting on October 23rd. According to lawyer John DiLorenzo, the City has agreed to repeal the requirement in order to settle the law suit brought by owners of URM buildings. Along with the placarding requirement, the City may also choose to repeal the requirement for landlords to include warnings regarding earthquake safety on tenant lease agreements. Read more.
Posted by Jennifer Shuch at Tuesday, October 08, 2019 No comments: Links to this post
Email ThisBlogThis!Share to TwitterShare to FacebookShare to Pinterest
Labels: #landlordandenantlaws, #landlords, #oregon, #Portland, #unreinforcedmasonry
Location: Portland, Ore. Portland, OR, USA

This week: CoStar reports that multifamily investment has picked up again after a brief slowdown following the implementation of statewide rent control; Sightline Institute researcher Michael Anderson warns that Portland's Better Housing by Design initiative could be held back by parking requirements; and startups are aiming to disrupt security deposits by requiring less money upfront from tenants and providing insurance to landlords.