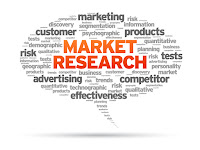 Yardi Matrix reports that overall occupancy of stabilized properties in the U.S. was 95.6% nationwide in June, down 20 basis points year-over-year. Annual completions are expected to see a peak in 2017.

Yardi forecasts that as that new supply is absorbed, occupancy rates are likely to fall, especially in construction-heavy submarkets like downtown Portland and Austin's Hyde Park, which have seen occupancy decline by more than 3% in the past year.

The company forecasts effective annual rent growth in Portland this year will be 2.5%.

A mid-year report by Fredie Mac Multifamily Research Group forecasts Portland's gross rent growth at 5.7% for 2017, with an end of year vacancy rate at 5.1%.