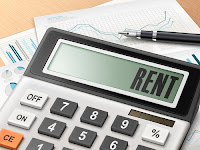 Economist Joe Cortright has written on the City Commentary blog about a new study that evaluates the effects of rent control in Berlin since it was enacted in 2015. Berlin's rent control system is more complex and nuanced than others that have been put into effect in cities such as New York and San Francisco, but the study finds that the new rules are not working as intended. The rent controlled apartments are seeing rent reductions compared to non-rent controlled units, but the benefits have been greatest for residents of large, expensive apartments.