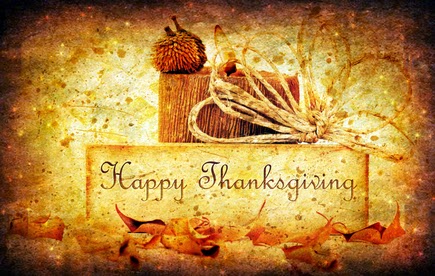 Thanksgiving is not something we feel once a year...it is an attitude we carry all year long. We could not be successful without our valued clients–who trust us to provide advice and services for the properties they invest in. We are extremely grateful.


On behalf of the HFO team, we express our sincere appreciation for your confidence and loyalty. It is a pleasure to declare that the past year has been successful for our clients and we thank you for your unending support which has helped both of us grow.

We wish each and every one of you a safe and Happy Thanksgiving.

HFO is pleased to announce the sale of the Fircrest Apartments in Gresham. The seller of this 24-unit apartment community selected HFO to handle the sale of the property based on the firm's strong reputation in the market. The property garnered multiple qualified offers within a week and the final sale price was above listing with no financing contingency.
Posted by HFO Investment Real Estate at Tuesday, November 17, 2015 No comments:
Labels: HFO News, Sold Listing
Location: Portland, Ore. Gresham, OR, USA

The Metro Council voted unanimously last week against expanding the Urban Growth Boundary, making this the first time in 10 years that no land was added for future development.The issue will be revisited again in 2018.

For more information read our prior posts on this topic:

Seattle Apartment Market Is Nearing $4 Billion in Sales for 2015

The greater Seattle market continues to post record setting numbers with apartment sales. According to Dupre & Scott, the average price per unit is a little $170,000 for 2015. Over 19,000 units have sold, bringing the total volume for apartment sales in King, Pierce and Snohomish counties to approximately $4 billion for the year. More information and insight into the greater Seattle multifamily market can be found in Dupre and Scott's weekly apartment video updates and articles.
Posted by Unknown at Friday, November 13, 2015 No comments:
Labels: #apartmentmarket2015, #apartmentsales, #pugetsound, #seattle, #Seattleapartments
Location: Portland, Ore. Seattle, WA, USA

According to information from Carr Biggerstaff, board chair of the Chelam Valley Chamber of Commerce in a Portland Business Journal report, Newberg is one of 50 quarterfinalists in the contest and has already received $50,000 to develop its plan. The city of Tualatin is also among the quartefinalists.

CVCC is made up of a team of community partners in Newberg who have worked over a year to submit a plan to America's Best Communities, which finds Frontier Communications, DISH and other partners to stimulate local economic growth.

In early January, the contest will narrow the list down to 15 semifinalists, who will then attend a summit to present their strategies. From that group, eight will move on with $100,000 each to implement their plans. About a year after the plans are implemented, in April 2017, the contest will name three winners based on how effective the plans have been.

HFO marketing director Aaron Kirk Douglas interviews Pavilion Construction's President Brian Gerritz about a City of Portland plan to retrofit old brick buildings that appears headed for the City Council in the spring of 2016. Gerritz discusses the expenses and practical ramifications of implementing such laws. Among other things, the new city ordinance could require owners to notify residents that they are living in a seismically vulnerable building. 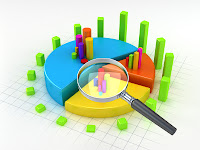 The YardiMatrix report for October was the first survey of 2015 in which rents did not increase month-over-month.

Out of 111 markets tracked by YardiMatrix, Portland remains number one in rent growth at 15.1%. Close behind are: 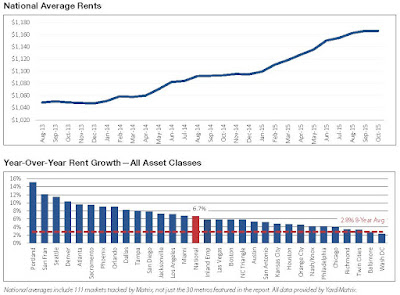 Another trend YardiMatrix reports is short-term bifurcation of growth: higher-end lifestyle property increases are cooling relative to working-class Rent-By-Necessity properties. This is because supply of high-end properties is rising rapidly in many markets while affordability issues are producing more demand on the lower end of the quality spectrum.