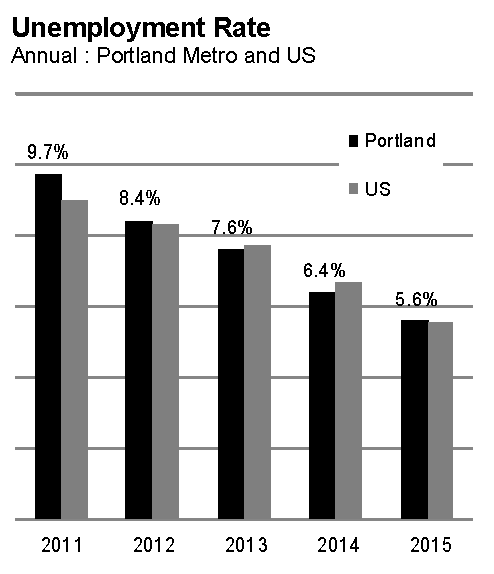 The Portland metro region's unemployment rate was 5.6 percent, almost one percent lower than a year earlier. Over the past 12 months, the region has enjoyed impressive job growth in almost every major industry except construction.

Meanwhile, new data from the Bureau of Labor Statistics shows the median wage in the Portland metro region is about 20 percent lower than in Seattle, but 20 percent higher than Las Vegas, Medford, Bend and Boise. The average job in Portland pays $19 an hour, and there are a wide range of occupations paying much more and much less. 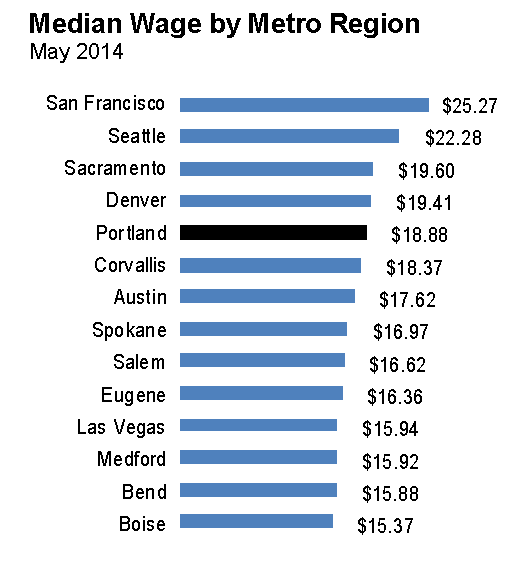