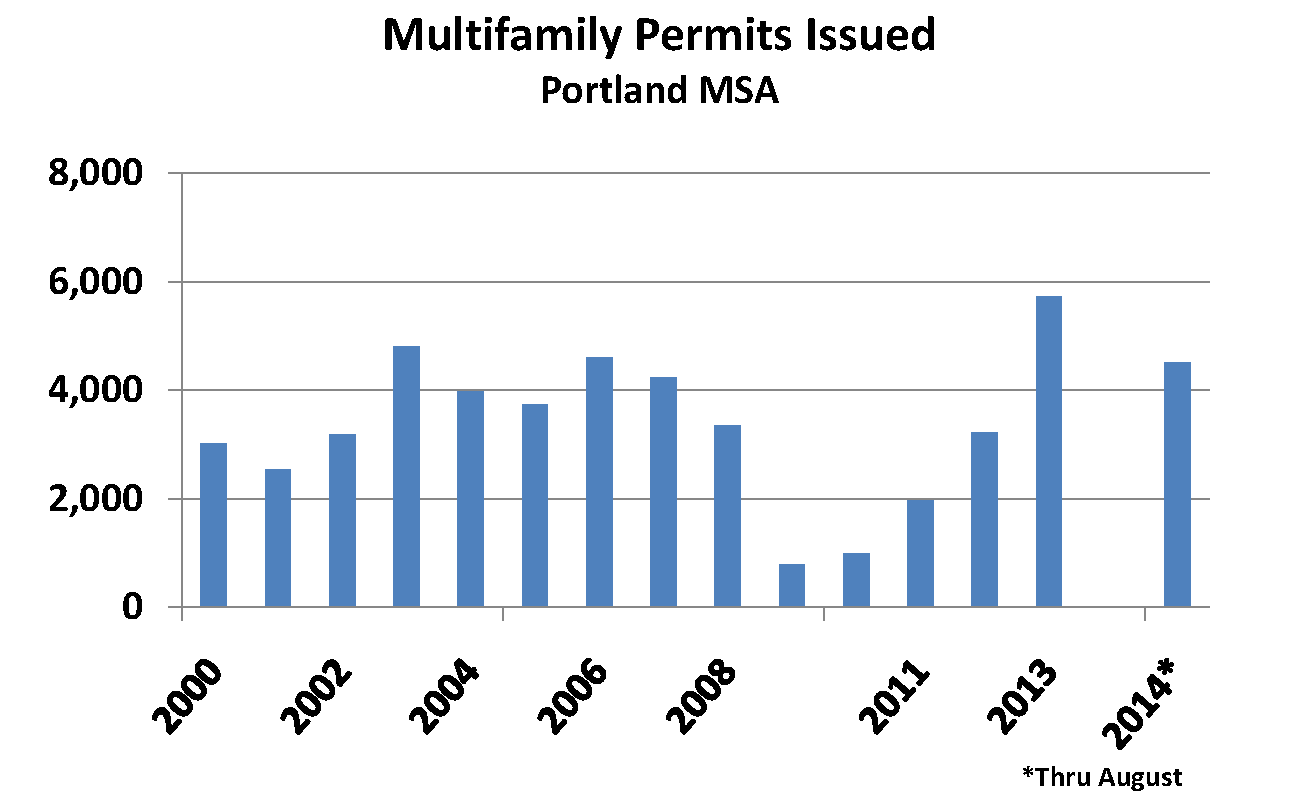 An analysis of statistics provided by the U.S. Census bureau by HFO shows that multifamily construction permits for the Portland metro area are on track to reach their highest level in 17 years.