The Daily Journal of Commerce reports this morning that a 52,000 square foot, 81-unit apartment project on SE Division has lost its building permit following a lawsuit by neighbors upset about the building's lack of parking.  Full story available to DJC subscribers by clicking here.
Posted by HFO Investment Real Estate at Tuesday, February 26, 2013 No comments: Links to this post
Email ThisBlogThis!Share to TwitterShare to FacebookShare to Pinterest

CoStar has reported that rent growth in some of the nation's top markets is expected to decelerate ahead of a wave of new supply. [Click here to read more.]

In the Portland metro area, HFO expects rents will continue increasing while supply continues to lag demand and our vacancy rate remains among the lowest in the country.

Click here to see all of HFO's current listings.
Posted by HFO Investment Real Estate at Monday, February 25, 2013 No comments: Links to this post
Email ThisBlogThis!Share to TwitterShare to FacebookShare to Pinterest 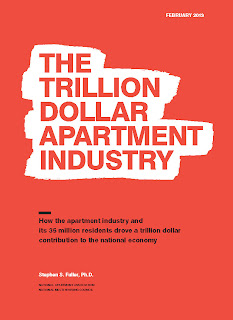 The National Apartment Association and the National Multi-Housing Council have released a report that demonstrates the impact of the apartment industry on the national economy.

The report can be downloaded here.

This report and its companion interactive website indicate that in 2011, the 446,000 residents of apartments in Oregon's multifamily industry contributed $11.9 billion to the economy and created 291,000 jobs.

Visit the website to learn more, and view the Oregon fact sheet here.
Posted by HFO Investment Real Estate at Tuesday, February 19, 2013 No comments: Links to this post
Email ThisBlogThis!Share to TwitterShare to FacebookShare to Pinterest

Oregonian Editorial Board complains: "A developer could still plop a 40-unit complex in the middle of a dense urban space and not build a single parking space." 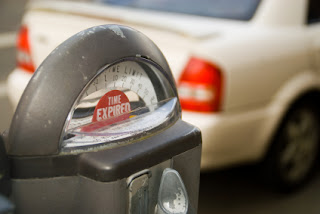 The controversy over zero-parking requirement for new apartments will no doubt continue at the next public hearing on the issue set for Tuesday, March 12th.  The hearing is to accept testimony on proposed new apartment and parking zoning code amendments.
The proposed amendments require one parking space per four dwelling units for developments of more than 40 units within 500 feet of Tri-met frequent service lines. Anything under 40 units would not require parking, and a 40-unit building would require between 5 and 10 parking spaces, depending on whether they implemented features that would allow them to lop off parking spaces.

If you’re not available to testify in person at the hearing, you can send comments on the proposed amendments by email to psc@portlandoregon.gov.


The Oregonian editorial board weighed in on the issue last week, arguing the proposal does not go far enough. The new standard for parking applies only to complexes with more than 40 units. “A developer could still plop a 40-unit complex in the middle of a dense urban space and not build a single parking space.” The editorial points out:
The State Land Use Board of Appeals halted construction of an 81-unit apartment building on SE Division in February. Neighbors had been complaining that it offered no parking spaces. Read more:
http://www.oregonlive.com/portland/index.ssf/2013/02/richmond_neighbors_for_respons_1.htmlhttp://www.oregonlive.com/portland/index.ssf/2013/02/richmond_neighbors_for_respons_1.html

Low-car Portlanders sounded off on this issue on "Portland Afoot" in November
http://portlandafoot.org/2012/11/no-parking-apartments-10-smart-low-car-portlanders-sound-off/

See all of HFO’s current apartment buildings for sale, most with parking included! www.hfore.com.
Posted by HFO Investment Real Estate at Monday, February 18, 2013 No comments: Links to this post
Email ThisBlogThis!Share to TwitterShare to FacebookShare to Pinterest 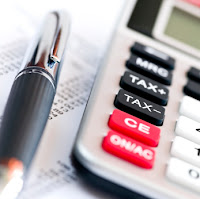 Courtesy of Toija J. Beutler, ipx1031.com
Earlier this year many articles were written listing all of the tax changes that occurred at the beginning of 2013. That is not the purpose of this article. Instead we will review those changes that directly impact investment properties and discuss how 1031 exchanges are even more valuable to investors than they were before.

On January 1, 2013 two new tax laws which adversely affect many investors took effect: a new tax and an increase in the tax rate on capital gains. The new tax was part of The Affordable Healthcare Act. It imposes a 3.8% tax on certain investment income (including capital gains) on taxpayers whose Adjusted Gross Income exceeds $200,000 for single filers and $250,000 for married couples filing jointly. In addition, The American Taxpayer Relief Act raised the top long-term capital gain tax rate from 15% to 20% for some taxpayers. The 20% top rate applies to the extent a taxpayer’s Taxable Income exceeds $400,000 for single individuals and $450,000 for married couples filing jointly. It should be noted that these two taxes apply to different levels of income. Taxable Income is a smaller amount and results after a taxpayer’s deductions and exemptions are subtracted from the Adjusted Gross Income. Accordingly, the Healthcare tax will impact more taxpayers than if it applied to “Taxable Income”.

To illustrate the application of these taxes, let’s look at an example. Assume that Ted Taxpayer (married and filing jointly) has no other income other than the proceeds from a commercial property he plans to sell in 2013 for $3,000,000. He bought the property 10 years earlier for $1,500,000, put $200,000 of capital improvements into the building and took depreciation deductions totaling $600,000.

However there is good news. If Ted does a 1031 exchange, he can defer all three taxes: depreciation recapture, capital gain and the new healthcare tax. In summary, Ted has more reasons to do a 1031 exchange in 2013 instead of recognizing his gain and paying taxes: 83,600 reasons to be exact. Although 1031 exchanges have always been very beneficial to investors, they are even more valuable now!

IPX1031® prides itself on being the industry leader striving to help clients and their advisors keep current on tax issues pertaining to §1031 exchanges and applications. For more information visit www.ipx1031.com.
Posted by HFO Investment Real Estate at Tuesday, February 12, 2013 No comments: Links to this post
Email ThisBlogThis!Share to TwitterShare to FacebookShare to Pinterest 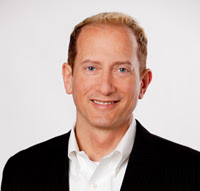 Portland, OR – HFO Investment Real Estate (HFO) is pleased to announce its director of marketing, Aaron Kirk Douglas, has joined the board of the Oregon Media Production Association (OMPA).
Aaron has 15 years’ experience in marketing professional services including at Miller Nash and the launch of Barran Liebman LLP.  Aaron is a former recipient of an OMPA scholarship used in the making of his film “Freedom State” (Hulu).   His other film work includes the documentaries “Monster Camp,” (Re-Releasing in 2013) “The Man You Had in Mind” (Blockbuster Video on demand) and “Veer” (Indieflix).  Aaron is a former board member of the Hollywood Theatre where he helped lead fundraising efforts through the Oscar Night America program.
Aaron is also currently board secretary of the Portland Area Theatre Alliance and chairs the Multnomah County Ambassador Board of Big Brothers/Big Sisters Columbia Northwest.  In 2011, Aaron was honored with Multnomah County's Hilltop Award for Individual Achievement for his work with low-income families and children.
HFO has a commitment to giving back to the communities we serve and ranks sixth in per-employee giving among all 84 of the Portland Business Journal’s top corporate philanthropists for 2012.  HFO is delighted to support Aaron’s work in our community!

Posted by HFO Investment Real Estate at Wednesday, February 06, 2013 No comments: Links to this post
Email ThisBlogThis!Share to TwitterShare to FacebookShare to Pinterest

With so many ways to do it wrong and no one way to do it right, no wonder many apartment owners don't enjoy obtaining their financing. Seventeen years of working with investors, appraisers and credit managers have gone into this practical seminar.  It's delivered with humor, insight and perspective. So have fun, have lunch, and learn!

More Former Homeowners Are Choosing to Rent Due to Affordability and High Homeownership Expenses Download image CHICAGO, Feb. 5, 2013 /PRNewswire/ -- The average monthly apartment rental cost in the U.S. was $1,048 in Q4 2012, up 3.8 percent from a year earlier, according to Reis. At the same time…