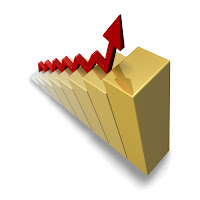 U.S. apartment vacancy rates stopped rising and rents increased modestly in the first quarter of 2010. National vacancy rates for Q1 2010 remained flat at 8%; the highest national rate since Reis -- a New York research firm -- started tracking vacancies in 1980. Reis reported that rents rose in 60 of the 79 markets they track.


The difficulty in obtaining financing for new construction is limiting new apartment supply for the coming years, leaving landlords and investors excited about the potential for rents to pop once the economy gathers steam.

In January, Reis reported that the nation's apartment vacancy rate ended the year at 8 percent, the highest level since the research firm began tracking such statistics in the top 79 U.S. markets three decades ago. Nationwide, rents dipped 3 percent in 2009, led by declines in San Jose, Seattle and other cities that witnessed brisk growth until the recession.

Today, the national vacancy rate remains at 8% while Portland's vacancy rate continues to be one of the lowest in the nation, hovering around 5%.
Posted by HFO Investment Real Estate at Tuesday, April 06, 2010
Email ThisBlogThis!Share to TwitterShare to FacebookShare to Pinterest