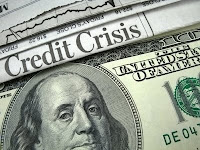 Thanks to blogger Rick Fitzgerald of Chatanooga, Tenn. for this tidbit:

The Mortgage Bankers Association reports outstanding commercial / multifamily mortgage debt -- now at $3.4 trillion -- continued to grow and to see relatively strong, steady performance during the 2nd quarter of 2008. Total origination volume in Q2 2008 was down 63 percent from the second quarter of 2007.

Despite the significant drop in mortgage originations, investors increased their holdings of commercial / multifamily mortgages during the quarter – as the relatively low level of originations exceeded an even lower level of portfolio run-offs. Between the first and second quarters, investors added $51 billion of commercial / multifamily mortgages (net) to their portfolios, a 1.5 percent increase. Nearly every major investor group increased their holdings – led by commercial banks, Fannie Mae and Freddie Mac and Finance Companies, all of whom have sources of funding at least slightly immune from the ongoing capital markets turmoil.

Insurance companies have more than 35,000 loans and $252 billion in outstanding balances -- and report  only 23 loans are more than 60 days late. The FDIC backed portfolio of $1.2 trillion contained $15 billion in total delinquent balances over 90 days late or just 1.18 percent delinquent. Not bad in the current market.